Home » Uncategorized » Behind the Scenes with an Understudy

Behind the Scenes with an Understudy

This Is Our Playhouse

I recently had the opportunity to interview Anna Russell, who has played a significant role in this season’s production of “A Chorus Line.”  Anna is currently one of Playhouse on Park’s summer interns, as well as a cut dancer in the show and an understudy for four characters. 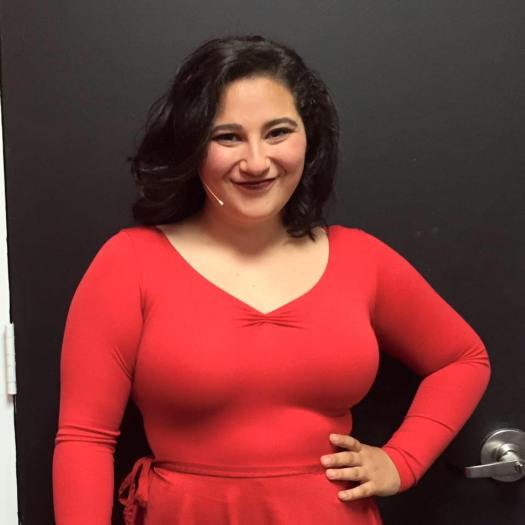 Anna, taken on the night she went on as Cassie!

Tell me a little about yourself!
I was born in Sacramento, California and my mom is a costume designer, so I’ve been involved in theater my whole life.  I started doing theater when I was eight and danced for a while, took a break, and started dancing seriously when I was a freshman in high school.  I just finished my sophomore year at the Hartt School where I’m studying musical theater.

What is your involvement in this summer’s production of “A Chorus Line?”
I’m a cut dancer, an intern, and I understudy Diana, Cassie, Connie, and Sheila.  I also work in the literary and marketing department as well as the box office.

What is the process like rehearsing and performing as an understudy and cut dancer?
Well being a cut dancer is simple.  You do the opening, get cut, and that’s that.  Understudying is different because I have so many different parts to learn.  I did a lot of color coding my notes and writing things down quickly during rehearsal, and afterwards I would go back and organize it all.  For the big numbers I would primarily write down where everybody was in formation and if there were any different counts or ripples.

Anna, far left (in the snazzy purple legwarmers), performing as a cut dancer

So did you have a chance to practice filling in for different characters in rehearsals?
No, you don’t really get to practice with anyone else.  You just practice by yourself.  I would go in early to practice all the parts before so I knew it all just in case.

Have you gotten to fill in for anyone else yet?
Yes, I went on for Cassie a few weeks ago for two nights.
What was that experience like?
It was terrifying, but also the best feeling in the world.  As an understudy, you never really expect to go on.  You just expect everything to be ok.  And Michelle is the last person I would have expected to get sick, and that’s something you can’t control.  So it was definitely scary because it’s one of those experiences I never thought would happen, but once I got past that, it was amazing and thrilling to actually be in the show for the whole time.

What was the most challenging part of performing as an understudy?
Well I knew all the tracks, so that was fine, and even the group numbers went well because the cast members were so good about getting me where I needed to be, even when I was in the wrong place.  But I think the hardest part is that I’m not even twenty yet, and Cassie is so much older and mature.  So I worked for about four or five hours before the show with Sean, just going over the two main scenes that she has.  We worked mostly on trying to find the emotional depth that she has as an adult because that’s really not me as a person.  I think that was the hardest part, just tapping into that older side of myself and learning to be an adult. 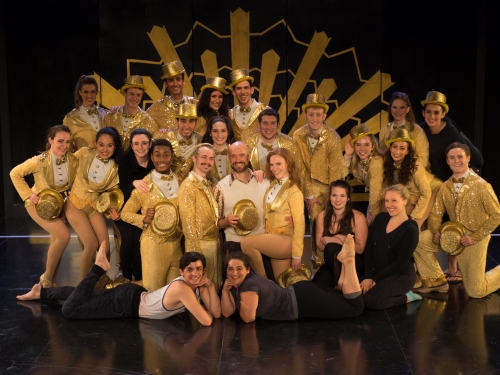 Do you have any additional hobbies and interests?
I’ve always loved to read, and I’m also really interested in women’s issues and gender roles.  I would really like to someday use the arts in a way that informs society about the issues that surround women nowadays. I think that it’s really important as an artist to use what you do to aid a cause you believe in, so that is one of my top goals for the future.

Do you have any advice for aspiring actors and singers?
I would say that the biggest thing is to work as hard as you can because your work ethic directly affects how well you do.  It’s also really important to just be a nice person.  There are so many times where I see actors who decide not to be nice people, and it makes me not want to work with them.  And I think that’s true for anybody and everybody you work with.  Also, I believe that you should make sure to take every opportunity that you can, but only if you truly believe in what you’re doing.  If you’re doing something you don’t love, it can be really hard to continue doing that. 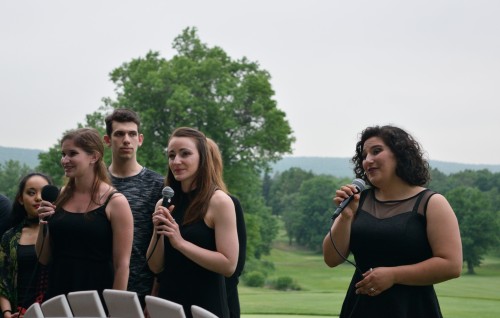 By playhouseonpark in Uncategorized on July 21, 2016.
← Coming of Age Rings True at Playhouse on Park Playhouse Spotlight: Mollie Cook →